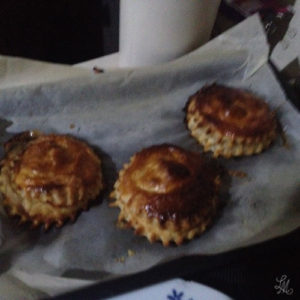 I’ve seen this recipe go all over the internet for an age–and I wonder why I never gathered the courage to try until recently. One of my favourite bloggers made this too and posted the recipe here, and I followed the recipe loosely. Loosely because I took out one ingredient and used another (it still turned out the way I expected it to–and probably even better–in my opinion, at least). 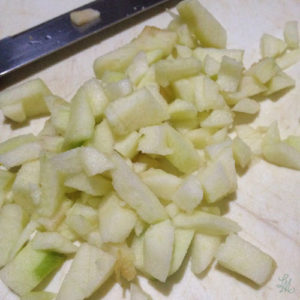 5 tablespoons apple cider vinegar (you may use lemon juice if you like, but I gave this a try and it brought out the best apple flavour EVER).

2 tablespoons vanilla (I know what everyone says about vanilla, but everything seems to taste better with it!)

1 beaten egg (for the egg wash)

So, first things first. Preheat the oven to 350 degrees Fahrenheit.

Chop the apples into very small pieces (pictured above). Mix in the brown sugar, apple cider vinegar (or lemon juice, whichever you prefer), vanilla and cinnamon, and it would look like this. Smells good, too! 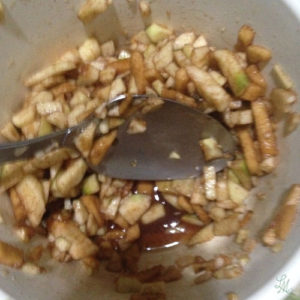 Note: In case you might wonder why this doesn’t look like four apples chopped, I’ve split the contents of the mixing bowl into two bowls because there’s so many of them. In fact, there are still plenty of apple mixture left!

Now, on to the puff pastry. Cut puff pastry into circles of equal size and amount. (In my case, I intended to make twelve mini-pies, so I made twenty four pastry cut-outs). 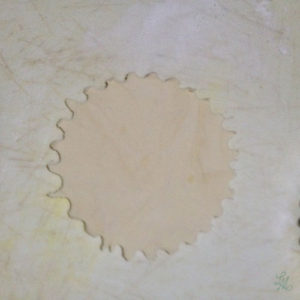 Here’s the fun part. Now, spoon a half-tablespoonful of apple into the pastry, like this one, and top it up with caramel. 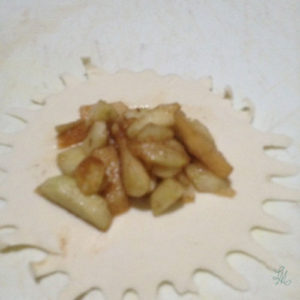 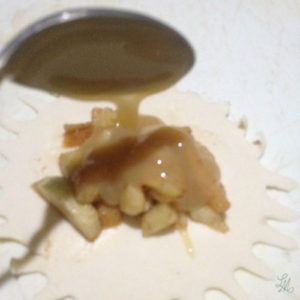 Close it up with the other pastry cutout, poke a hole (to help make it breathe and prevent it from exploding) on it. Then brush it up with egg wash. 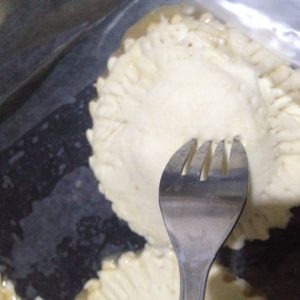 Now, they’re ready to go to the oven, and they will stay there for ten to fifteen minutes! After that, they’re piping hot, and ready to enjoy!

It’s pretty simple, and I’m sure you can do it too!

Feast for the eyes